Set Three of the MHA CCG is scheduled to be released on October 21, 2022

Legendary Wolf Games is running a special promotion for pre-order customers with the new Heroes Clash set for the My Hero Academia CCG.  Let’s run down how the ‘Make a Check’ promotion works:

For every regular priced case (6 booster boxes) that a customer orders before Friday October 14th, 2022, the customer will get one card into our ‘Make a Check’ deck. Each entry will receive store credit in an amount determined by a control check (number 1 – 6) made using the cards in this specially constructed deck. In addition to store credit, each order will also receive two (2) Crimson Rampage (Set Two) Tournament Packs*.

The customer will receive store credit equal to the amount that was checked via a code sent to their email no later than Friday October 21st, 2022.

Check out the Deck Construction Ratios below, and read more to find out how to ‘Hard Check’ and receive an EXTRA CASE with your order of a Heroes Clash case.

In the My Hero Academia CCG, the term ‘Making a Hard Check’ refers to checking a control value of 6 when you really need one.

For this promotion, one random customer will have their order be ‘hard checked’ and their order will be shipped with ONE (1) EXTRA case of Heroes Clash. This customer will be determined with a computer generated random number system, not via the checks made with the store credit deck. Each player will be assigned a number from 1 to X (with X being the number of entrants). The player whose random number generated is 6 will receive the extra case with their order.

Terry purchases two cases (12 booster boxes) of Heroes Clash prior to the deadline.  Once the promotion period ends, two cards for Terry will be put into a deck of X cards (X being the total number of cases pre-ordered by all customers). The control checks on these cards will be determined according to the deck construction ratios listed above.

Once the deck is constructed, LWG will begin making control checks off the top of the deck, going down the list of customers that ordered cases, in reverse alphabetical order by last name.  Terry’s last name is Bogard, so he has his name listed twice (once for each case he purchased) and it is towards the bottom of the list.  When it is time for Terry’s cards to be checked off the deck, his control checks were a 1 and a 4.  That means Terry will receive $55.00 in store credit to his email address (the one listed on his LWG website account) no later than October 21, 2022.

When Terry receives his pre-order in the mail, it will include the two booster cases he ordered, plus two Set 2 Tournament Packs for his order.

If Terry is lucky and one of his name entries gets randomly assigned the number 6 in the Hard Check promotion, he will be shipped an extra case, receiving three (3) total.

*Fine Print: Tournament Pack availability is while supplies last.  Cases must be purchased via the ‘One Case of Boosters (Qty 6)’ option, not as individual booster boxes. Single booster box purchases cannot combine together to form a case. All Store credit is distributed via email to the customer’s email address on file no later than 11:59 PM PST on October 21, 2022 and will expire on Dec 31, 2022.  All orders containing one or more cases of Heroes Clash are eligible for this promotion as long as the order was placed between August 1st, 2022 and October 14th, 2022 by 11:59 PM PST. This cannot be combined with any other offer, promotion, discount or credit either in-store or online. LWG reserves the right to refuse service to problem customers.  All sales made via legendarywolfgames.com are final with no refund. 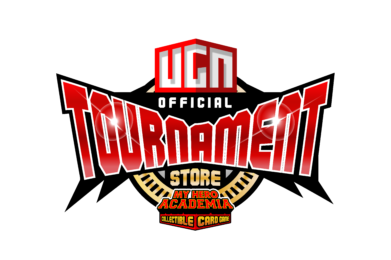 To view our past tournaments, or see a list of our upcoming tournaments in the UGN network, click here.

Legendary Wolf Games began as an online store based out of Omaha, Nebraska on July 21st, 2015.  The store was founded by Myles Tyler, an avid and competitive gamer. Myles, and his wife Danielle, had been playing UFS/UniVersus since it’s release in 2006.  Over the years, by traveling to many UFS events around the country, they amassed a collection of cards that was outgrew the needs of their local playgroup. These excess cards were turned into stock for the original LWG online store.

Since then, LWG has grown into a staple store at the mall, and has grown a community of gamers that support one another and always have a great time playing games. Not only did LWG become a staple card game store in the Omaha area, but over the years it developed into the United States home to some of the largest UFS/UniVersus tournaments in the country outside of major events.  As LWG gained a larger presence in the game, players from Omaha started consistently winning major tournaments – thus spawning the LWG “I Am Legendary” sponsorship program.  At the start of 2022, LWG sponsored players are currently the reigning Singles Worlds, Singles Nationals, Teams Nationals and Teams Worlds champions.

As UFS transformed into UniVersus with the introduction of the My Hero Academia CCG, LWG has tried to lead the pack again – by hosting the first MHA money tournament with MHA voice actor Chrisopher Sabat on hand for the tournament, as well as hosting the 1st in-person Provisional Showdown event.