Legendary Wolf Games began as an online store based out of Omaha, Nebraska on July 21st, 2015.  The store was founded by Myles Tyler, an avid and competitive gamer. Myles, and his wife Danielle, had been playing UFS since it’s release in 2006.  Over the years, by travelling to many UFS events around the country, they amassed a collection of cards that was outgrew the needs of their local playgroup. These excess cards were turned into stock for the original LWG online store.

Since then, LWG has grown into a staple store at the mall, and has grown a community of gamers that support one another and always have a great time playing games.

One of our main goals at Legendary Wolf Games is to create a safe gaming space for anyone who is interested in gaming.  This means that our store welcomes gamers of all ages, as well as being LGBTQIA allies.  We believe that anyone who wants to have fun and play games should have a home and a fun community to do so.  We believe in creating a community of gamers that supports one another and has fun while doing it.  It is not uncommon for the LWG owners to host community barbeques at their home and invite the members of the gaming community.  Events like these strengthen the bonds that the community has and creates a gaming environment unlike any other.

In order to maintain this safe home for all gamers, we have a few store rules that everyone is asked to follow: 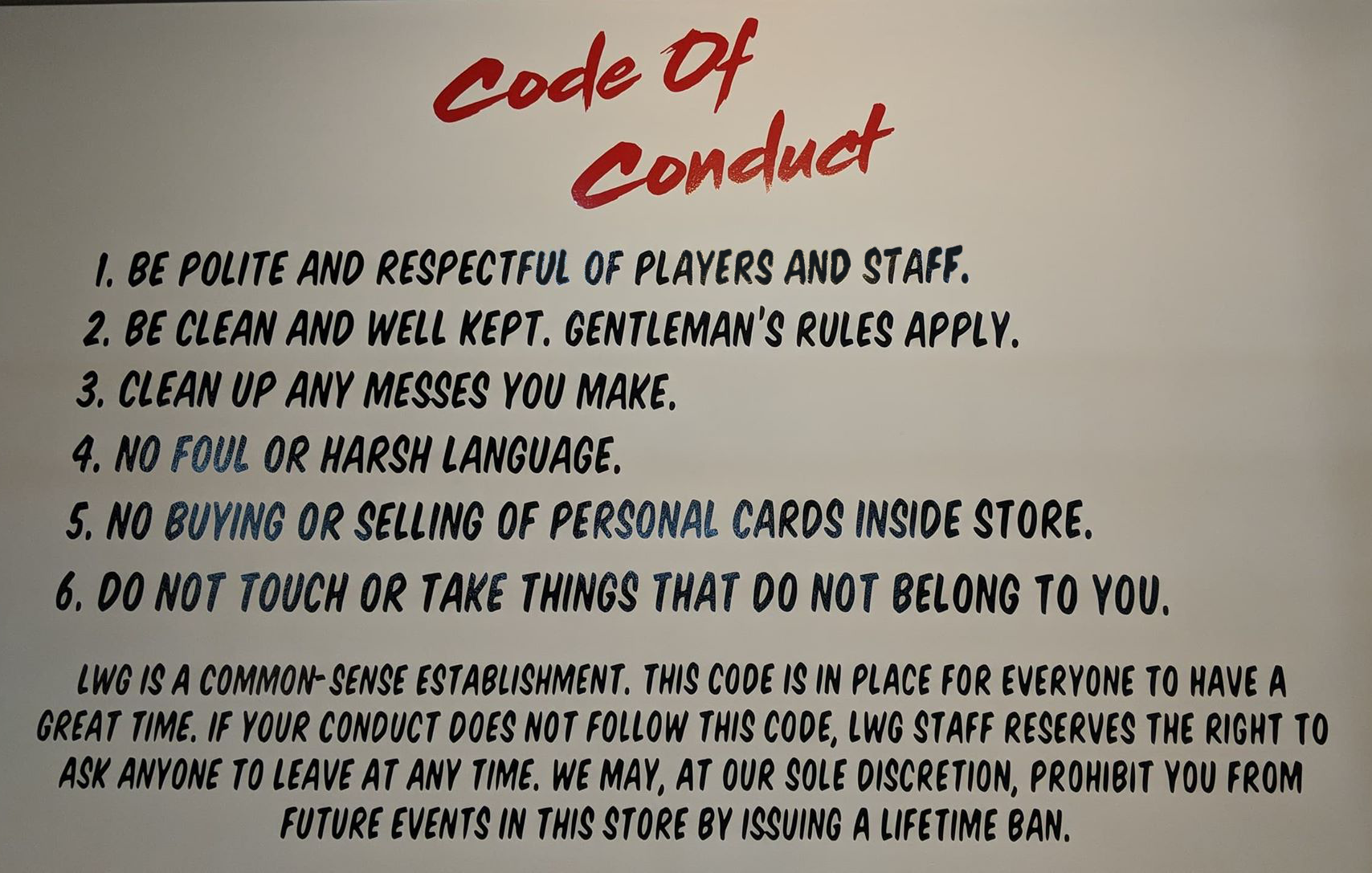 If at any point you have any issues while you are enjoying your time in our store, please let one of our staff members know, and we will do everything we can to help you enjoy your gaming experience.